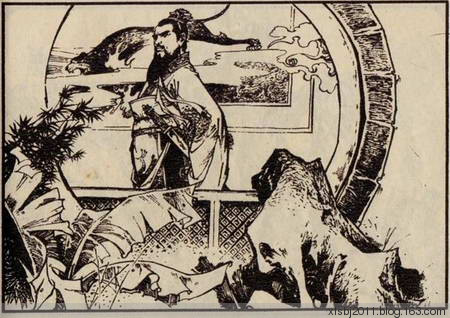 A lot of Western pundits used to hold out that Xi Jinping, China’s reigning President, was gathering power to himself and jostling Party elders backstage, for greater and better things. Pick anything you like, say, a free press. Hope is free, anyhow.

A lot more people inside China shared the Western experts’ optimism. Optimism is a professional skill for Westerners when it comes to China. You have to handle your optimism with tender care, like a hothouse orchid. If Xi is, on the other hand, your Party boss, it is more like Ambien; you need it just to sleep.

The time for that optimism is now past for many of the Party’s own big shots and workhorses. A lot of the Communist officials under investigation for corruption never seem to want to work things out. The Party-owned press reports that they are doing away with themselves without waiting to hear what the Party Disciplinary Committee has to say. To a man, they receive a posthumous diagnosis of untreated depression. Must have stocked up on their Ambien, even though that doesn’t explain the wrists slashed after the guy had hung himself.

Is Xi for real? Is he paving the way to democracy with his great anti-graft drive? And how can we tell? Bloomberg tries to sidestep the question by sticking to the facts. I think Bloomberg can do better. When in doubt, turn to the grab-bag of Chinese history or pay someone like me to do it. Even if you can’t find the answers there, at least you won’t pull out a $1.79 plastic shrimp deveiner.

Maybe you’re an otaku (you’re not if you don’t know what that means) and have come across Romance of the Three Kingdoms online game. It’s based on a 15th-century international bestseller. Koreans and Japanese fell in love with the book too. Three Kingdoms is set in the period when China was partitioned three-way, in 200 A.D. One of the three proud new owners of the crash-and-burn empire was Cao Cao. (Think twice before saying his name to your Chinese friends; both words rhyme with a certain universal physical act if you get the tones wrong.)

Cao seemed a good and sound Young Turk when he started out (that’s what a lot of people liked to think about Xi Jinping too). As a petty magistrate in the capital, Cao had paddles hung on the front door of his office, in five colors, to let the corrupt and powerful know he meant business. And the paddles got used. I’ve always liked the contrast between the dainty visual of those beach-bright paddles and his swift and stern justice. By the way, kindly put away those Fifty-Shades-of-Grey associations.

Eventually, Cao decided he wanted to rule over the powerful; to what end, we are not sure. He found himself with an angry army on his hands. They hadn’t been paid, and what’s more hadn’t eaten. Not a good combination. He had his Chief Distribution Officer Wang brought to him, and said: “I need to borrow something from you.” And Wang, like the use-and-toss extra five minutes into any horror movie, had to ask him what that was. “Your head. I know it’s not your fault that we’re short on food, but if I don’t kill you, the soldiers will turn against me. Go in peace; consider your wife and kids taken care of.” The soldiers cheered when they saw Wang’s head stuck to the bulletin board with a brass tack, convicted of stealing army provisions.

Modern Chinese self-help books for white-collar professionals like to point to Wang as the quintessential Dilbert character who got tossed under his boss’s bus because, they reckon, he didn’t make himself valuable enough to Cao. That’s the great thing about being Chinese. You always feel so much better about your life when you think over how much worse it could be. These days you get to keep your head, literally.

So what have we figured out, except that China too has its own head-on-a-platter story? (Granted, Salome’s love-hate dance around the handsome St. John is much more exciting.) I think we can say Xi, in going after corrupt officials, has been borrowing heads at a furious pace. He needs the average Chinese to keep thinking he is on their side, grilling the bad guys who have been pocketing their healthcare, pension, their kids’ tuition, crazy-high road tolls, whatnot.

I have absolutely no data to back me up as to what drives Xi. This is pure, distilled conjecture. The thing is, though, that both Western and Chinese experts cannot agree on what lies behind it all, either. Could be because the black box that is the Chinese government won’t give up its secrets until the whole thing crashes mid-flight. Just saying.

In Xi’s visits to the West over the last two years, as part of a charm offensive, he dropped a whole lot of names of Western books he claimed to love: Voltaire, Mark Twain, Pushkin. He could not have intended an insult, delicately hinted at, to his hosts, by mentioning these vessels of the humanist values his government banned in Chinese universities. And the only people rude enough to chortle that the books are more likely a compendium of what Xi hasn’t read are Chinese Internet users living under the censor’s thumb. My only question is: What sort of lessons is Xi drawing, as the ruler of a rising world power, from his diverse reading, judging from what he has been doing? Optimism will be our guide. 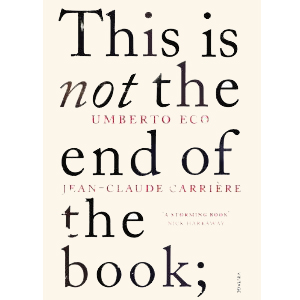